We’ve been busy since September began. First, we had the deadline for the Simon Cumbers Media Fund 2011 winter round and, on top of this, we also announced a student scheme just last week. The scheme is open to third-level media students in Ireland and successful applicants will have the opportunity to travel to a developing country to produce their project while receiving guidance and mentoring from the Irish Times Foreign Affairs Editor, Paddy Smyth and Newstalk Producer, Susan Cahill.

The Immigrant Council of Ireland has also been busy with a number of events. We managed the publicity for their Racism Report – ‘Taking Racism Seriously’ launch, the Pathways to Parental Leadership toolkit launch and a briefing with the Scandinavian police force on the impact prostitution legislation has had on Sweden and Norway. 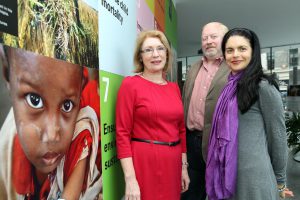 In addition to this, we also launched the DARE2BDRINKAWARE.ie 2012 round and worked with the Digital Hub, for the ‘Best in Show‘ graduate internship competition. Other projects that we worked on included Active Retirement of Ireland’s annual national bowls tournament in Castlebar, Co. Mayo.

So that’s a quick round-up of our work over the past month.  For more information on what we do on a day-to-day basis, check out our Facebook page or follow us on Twitter.