We’ve had lots on in the past few weeks, and have been really busy with various client projects and events.  Over the past month, we’ve worked on a number of initiatives with The Digital Hub, including the annual DARE2BDRINKAWARE.ie awards ceremony and the launch of the ‘Best in Show‘ graduate internship competition.  We were delighted to secure award-winning Irish film director Juanita Wilson as the special guest at this year’s DARE2BDRINKAWARE.ie ceremony, where she delivered a very thought-provoking keynote address to the students in attendance. 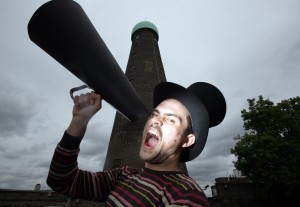 In addition to our work with The Digital Hub, we also managed a major research launch for CARDI – the Centre for Ageing Research and Development in Ireland – recently.  This focused on the over-prescription of medicine to elderly patients in residential care settings, and attracted wide-ranging media coverage, including this editorial in The Irish Times.

Active Retirement Ireland (ARI), meanwhile, has also been keeping us busy: last week, we worked on a media strategy for the organisation aimed at publicising the impact of re-introducing passport fees for over-65s, and we also attended the ARI AGM in Killarney, which was widely covered in print and broadcast media.  It focused on the importance for men of keeping active after they retire, and Dr. Martin McAleese delivered a keynote address on this theme at the event.

Yesterday, we had the official launch of the www.energyinnovation.ie blog.  We have worked with ESB International for the past four months on developing this blog, which focuses on key trends and developments in the energy sectors in Ireland and abroad.  Today, we’re working with the Irish Council for Civil Liberties – and a coalition of 17 leading non-governmental organisations – on the launch of the ‘Your Rights. Right Now‘ report on Ireland’s human rights record.  The report was launched this afternoon by Minister of State Kathleen Lynch TD; later tonight, a political briefing event for TDs and members of the diplomatic corps will take place.

Other projects on which we’ve recently worked include the continuation of our leadership training programme for the New Communities Partnership; stakeholder and political briefing events on MIPEX, on behalf of the British Council (Ireland) and the Immigrant Council of Ireland; the launch of the current funding round for the Simon Cumbers Media Fund; and the conclusion of the programme of events we devised to mark the 30th anniversary of Ballymun Youth Action Project. 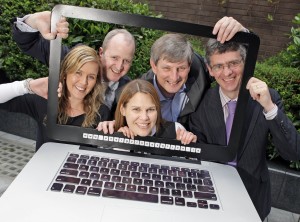 ESBI bloggers pictured at the launch of www.energyinnovation.ie yesterday

So that’s a quick round-up of our work over the past month.  For more information on what we do on a day-to-day basis, check out our Facebook page or follow us on Twitter.