Here at DHR Communications, most of our staff members are self-confessed bibliophiles so we couldn’t let World Book Day pass without marking it with a special blog post. Below, members of the DHR team share their thoughts on some of their favourite books. Happy Reading! 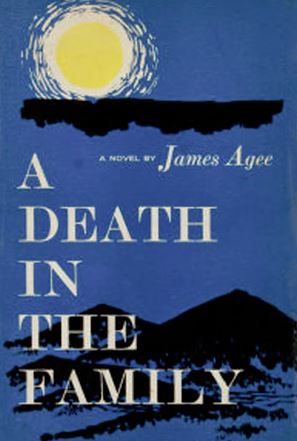 Though 49 years since it was first published, I only picked up A death in the Family by James Agee in recent months.

It’s a close up of the grief and loss suffered when a father dies suddenly in a car accident.  The book wins on the clarity of detail and description.  The sense of pain, confusion and the numbing impact of death on a household are as palpable to the reader as if they were present at the scene.

The book is semi-autobiographical, and it only becomes clear mid-way through reading who the author is.

The author himself died in his early-40’s before the book was finished.  It required careful editing and piecing together to bring it to publication, and – despite its difficult birth – it won the Pulitzer Prize in 1958.

This book is not easy on the emotions or mood, but is a tremendous read. 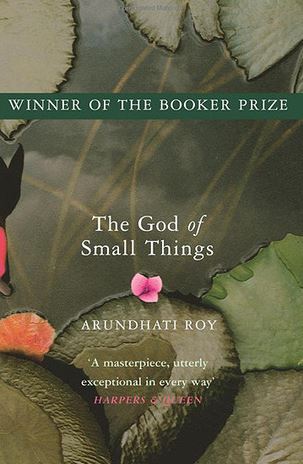 I recently travelled around southern India and picked up Arundhati Roy’s The God of Small Things in a local bookshop. The novel is set in Kerala, the South Indian state I was exploring, and the story immediately reeled me in.

The story revolves around three generations of a Keralite Syrian Christian family living near Cochin. Formerly wealthy and respected, the novel charts the family’s slow self-destruction. The plot is shaped by a number of themes: Indian history and politics, class relations and caste, discrimination and treachery, and what the author calls the “Love Laws” that “lay down who should be loved…and how…and how much”.

Roy examines every character with a genuine warmth; their motivations, insecurities and most importantly, their unfulfilled dreams. The story is clever and complex, sometimes laugh-out-loud funny and sometimes intensely sad. The reader can smell the pickled mangoes and the sweet banana jam and, at the end, understand how the big things seep into the small things, and the small things impact on the big.

When I finished the novel I wanted to read it again, and I have since thought of its characters a number of times. It’s the latest addition to my ever-growing group of favourite novels. 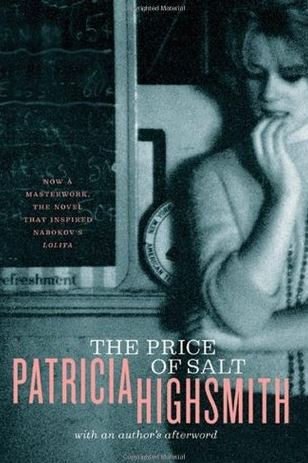 A book I read recently that I really enjoyed was The Price of Salt, by Patricia Highsmith, who is better known for authoring The Talented Mr Ripley. Published in 1952, it tells the story of Carol Aird, a wealthy woman from New Jersey who falls in love with a shop girl, Therese Belivet, who she meets in a department store while purchasing a Christmas present for her daughter. Carol, in the midst of a divorce, is isolated and lonely. Therese, younger than Carol and still unsure of herself and what direction her life is taking, is trying to forge a career as a theatre set designer.

When Therese sends Carol a Christmas card on an impulse after their first encounter, the two begin spending more and more time together, and ultimately fall in love. As well as being a ground-breaking novel of its time for dealing with a same-sex love affair that ends on a rather positive note, it’s a beautifully told love story that perfectly captures the intoxicating feelings of falling in love for the first time.

Not only that, it’ll make you wish you lived in 1950s New York. I heard about and subsequently bought the book after seeing the movie Carol, which I also highly recommend! 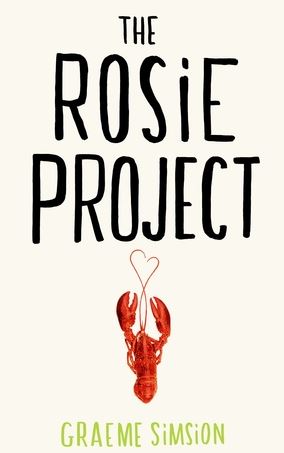 Graeme Simsion’s debut book The Rosie Project is one of those stories that transports you into the world of its characters and doesn’t release you until the final page.  I must admit I was a late jumper on The Rosie Project bandwagon. It received rave reviews when it was released in 2013 but I never gave it a second thought until I stumbled upon it in a charity shop last month.

The book starts with main character Don Tillman, a brilliant yet socially awkward professor of genetics, telling us that he “may have found a solution to the Wife Problem”. At 39 years old Don has decided that it is time to find a life partner so he designs the Wife Project. The Wife Project is a 16-page scientific survey formulated to filter out smokers, drinkers and the tardy to find the perfect wife. However, Don’s plans are set totally off course when he meets Rosie, who doesn’t meet ANY of his criteria and has no intention of even trying to.

This might sound like the introduction to a typical rom-com / chick lit style book but The Rosie Project is anything but. It is a tale of the obstacles that we must overcome in life, including perhaps the biggest one of all – our own misconceptions.

The book alludes to Don having Asperger Syndrome, although it is never said outright. Having studied autism spectrum disorders in my previous life as a pre-school teacher, I found Don to be a fascinating and endearing character.

The Rosie Project is one of the rare kinds of book that remind us of the extraordinary power of human connection. 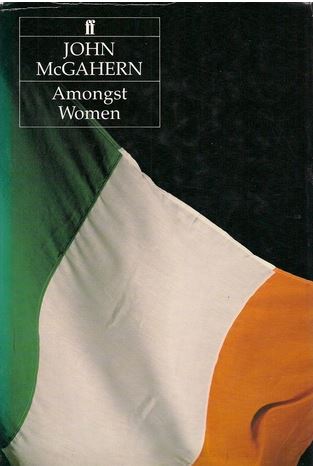 After a lot of back and forth, I have decided to write about Amongst Women by John McGahern. John McGahern is my favourite author as I love his use of language, his honest study of Irish society and how he always found something fascinating in the ordinary.

Amongst Women was the first McGahern novel that I read and as a teenager in south Donegal, I could very much identify with his beautiful descriptions of both the landscape and the mind-set of neighbouring Leitrim.

All book images via Goodreads.com.