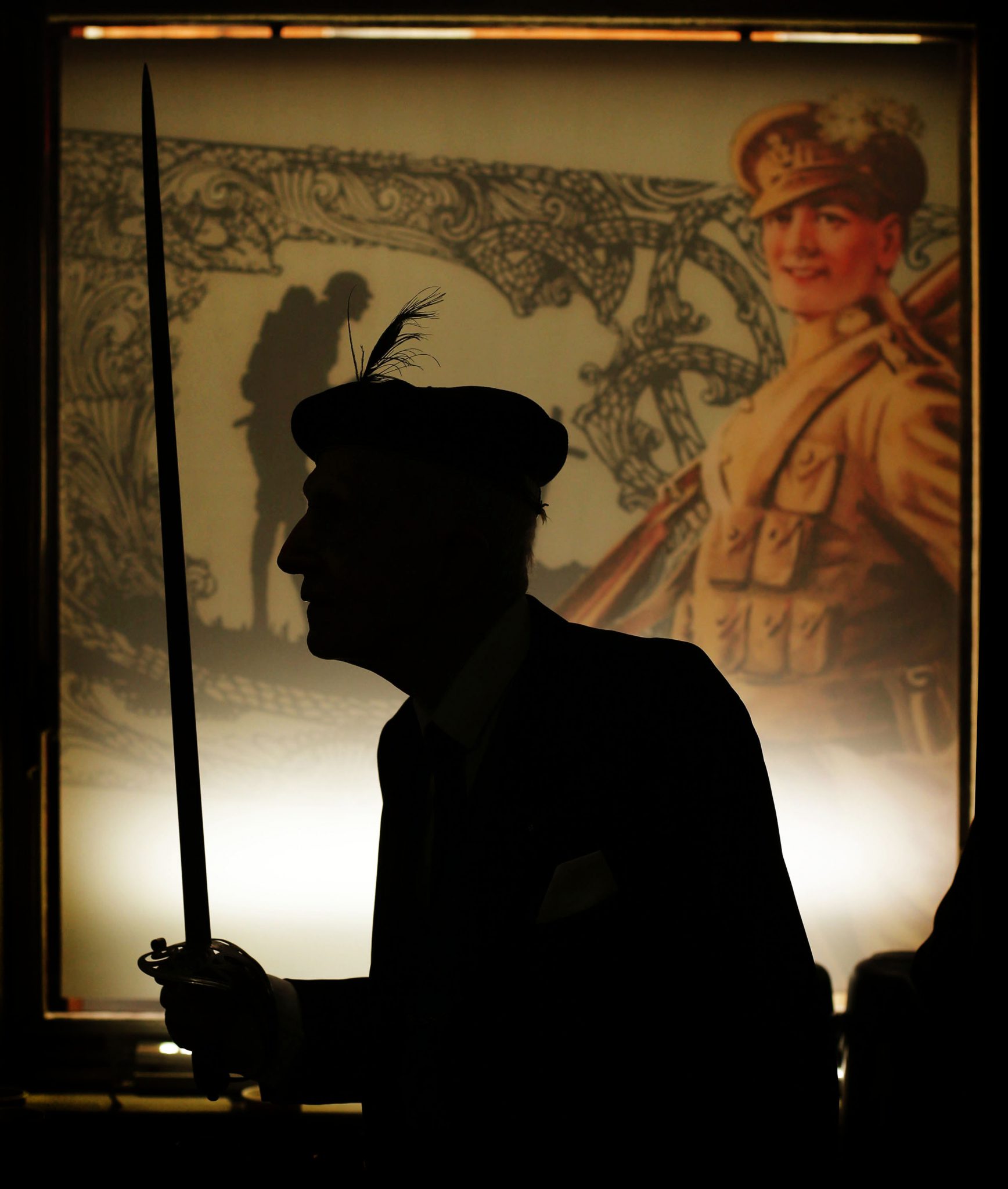 The wartime experience of two of Ireland’s best-known families – the Leslies of Castle Leslie in Co. Monaghan, and the Plunketts of Dublin – are amongst the stories highlighted in a new exhibition at the National Library of Ireland (NLI).

The exhibition, ‘World War Ireland: Exploring the Irish Experience’, was officially launched by the Minster for Arts, Heritage and the Gaeltacht, Heather Humphreys TD, today (20.11.14).  The British Ambassador to Ireland, Dominick Chilcott, also attended the launch.

The new exhibition features letters, diaries, newspapers, photographs, leaflets and posters from the NLI’s collections.  Commenting today, Nikki Ralston, exhibition curator for the NLI, said: “Irish people had very diverse and complex reactions to World War I. This exhibition captures those sentiments, and also recounts the tense domestic situation in the Ireland of 1914.

“We felt one of the best ways to illustrate how Ireland experienced the war was to explore a range of themes through real-life stories.  We have chosen to focus on four people who had very different experiences, and we have featured their writings – including personal diaries and letters– in this exhibition.  These primary sources are complemented by audio, video and touchscreen installations to create a multi-layered, multimedia experience for all visitors.”

The four real-life stories featured in the new exhibition focus on:

Descendants of some of those featured in the exhibition attended today’s launch, including 98-year-old Sir Jack Leslie (nephew of Norman); Jack’s nephew, Mark Leslie; and Mark’s son, Luke.  The family spoke of how Norman’s memory is kept alive at Castle Leslie, where his sporting trophies adorn the entrance hall and his sword – considered a symbol of good luck – is used to cut all wedding cakes at the Castle.

Mary Martin, grandniece of the Mary Martin whose diary features in the exhibition, was also in attendance, along with her husband Clive Martin and their relative, Larry Martin.

Launching the exhibition, the Minister for Arts, Heritage and the Gaeltacht, Heather Humphreys TD, said: “This exhibition in the National Library allows us to understand the sheer magnitude of the First World War through very personal stories. By choosing to focus on four people and their different experiences, the Library has brought to life the real-life challenges and dilemmas which they faced 100 years ago. We can walk in their shoes, hear their words and see their hand-written letters.

“I was interested to see the Leslie family from Co Monaghan featuring in the exhibition. The story of the tragic death of Norman Leslie in 1914 gives us just one of example of the brutal way in which tens of thousands of Irish men lost their lives during the War.

“This fascinating exhibition is part of the Library’s programme for the Decade of Commemorations, and I would encourage as many people as possible to check it out.”

The NLI exhibition includes an audio module, ‘Words and Music: the Sounds of War’, supported by the British Embassy in Ireland.  This features Irish poetry of World War I, interspersed with popular songs of the period and recorded readings of original letters from those affected by the conflict.  The readings of poetry and letters were generously contributed by three former winners of Poetry Aloud, the all-Ireland verse-speaking competition for post-primary schools, organised each year by the NLI and Poetry Ireland. This is the first element of a partnership between The British Embassy in Ireland and the NLI covering projects on World War One over the coming years.

Addressing today’s launch, British Ambassador Dominick Chilcott said: “The British government are very pleased to be supporting the National Library of Ireland’s excellent work of commemorating the events of 100 years ago.

“The National Library’s archive of First World War documents is a rich one; and our understanding of the Great War and the Irish experience of it benefits hugely from this collection.

“The part of this exhibition that the British government helped to fund is the ‘listening post’, where you can hear period songs and readings of poetry and letters. The generation that went to war was a highly literary one. They wrote huge numbers of letters as well as much poetry and many books and diaries recording their experiences at the Front. We are fortunate in having so much material to explore.”

‘World War Ireland: Exploring the Irish Experience’ will run at the NLI’s premises at 2/3 Kildare Street, Dublin 2, for the next four years, as part of the NLI’s work for the Decade of Commemorations.  The exhibition is open to the public every day, free of charge.  Further information is available at www.nli.ie.