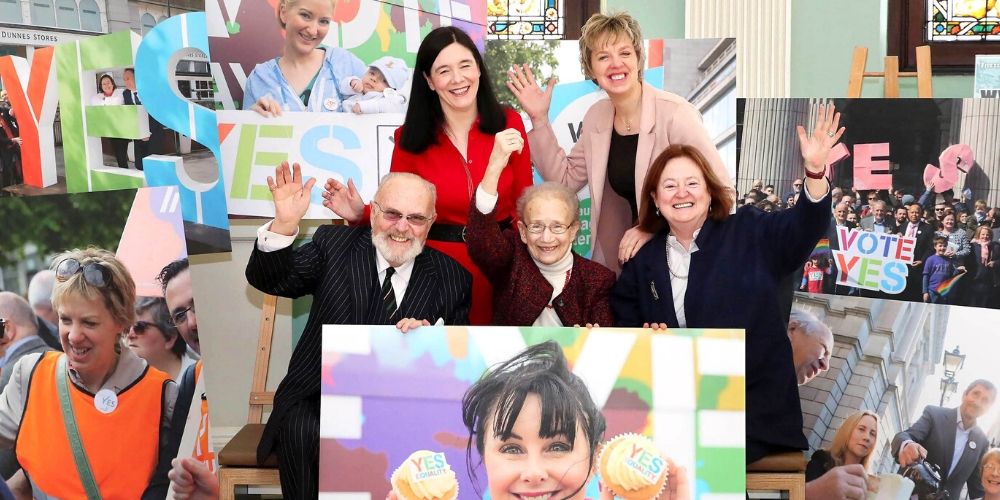 The National Library of Ireland (NLI) has announced Yes Equality – the organisation that led the nationwide campaign to secure a yes vote in the marriage equality referendum in May 2015 – as the latest participant in its ‘Digital Pilots’ project. The NLI Digital Pilots aim to expand the ways the Library collects and provides access to the ‘born-digital’ story of Ireland, enabling content like videos, digital documents and digital images to become part of the national collections. The Yes Equality Digital Visual Archive donation comes ahead of the fifth anniversary of the marriage equality referendum in Ireland in May.

The donated archive is a visual record of the activities of Yes Equality, and comprises over 6,000 photographs commissioned by the organisation. It documents various aspects of the campaign, including activities that tell the personal stories of campaigners and their families and friends, voting day, and post-result celebrations. It will be catalogued and made available by the Library, one of the first Irish born-digital archives to be accessible in this way.

Speaking at the announcement, Director of the National Library Dr Sandra Collins said: “As Ireland’s memory-keeper, the Library is committed to collecting and safeguarding Ireland’s many voices and diverse experiences. It’s very important to us that everyone feels welcome, visible and included. Today’s announcement highlights the important place contemporary collecting has always had in the Library’s work, capturing civil rights movements and documenting social change as it happens. The Yes Equality Visual Digital Archive is an important part of the story of Ireland and we are proud to add this archive to the national collections.”

Co-leaders of Yes Equality, Gráinne Healy and Brian Sheehan said: “Five years on from that historic day in May 2015, when Ireland voted decisively and overwhelmingly in favour of marriage equality, we are happy to be in the National Library of Ireland to revisit the energy and optimism of that campaign. The archive reflects a campaign that was rooted in the real, lived experience and personal stories of ordinary people, which contributed to an extraordinary outcome. As a place in which important stories have been written, told and remembered throughout Irish history, it is an honour to donate this archive to the Library and add to that collection. We look forward to working with the Library to make this archive available to as wide an audience as possible.”

Announcement of LGBTI+ programme of events

The announcement also marks the launch of a major LGBTI+ programme of events commencing in May 2020. Co-curated by LGBTI+ rights advocate Tonie Walsh and the NLI, the events programme will include a series of talks and panel discussions covering issues related to LGBTI+ history in Ireland, highlighting the Library’s extensive collections and drawing on its Irish Queer Archive. Additional events will explore related themes such as the history of Irish photojournalism and of Irish protest and activism, as evidenced in collections held by the NLI.

The flagship event within the programme is an exhibition of the Christopher Robson Photographic Collection in the National Photographic Archive, Temple Bar, launching in May 2020. The exhibition is being co-curated by the NLI and Christopher Robson’s partner, Bill Foley. Christopher Robson was a founding member of the Gay and Lesbian Equality Network (GLEN). His photographic collection of around 2,000 slides was donated to the Library in 2015. The collection predominantly documents LGBTI+ Pride events throughout Ireland between 1992, a year before the decriminalisation of homosexuality, and 2007.

Dr Collins added: “The participation of Yes Equality in the Library’s ‘Digital Pilots’ project, combined with our upcoming LGBTI+ programme of events, reflect our ongoing commitment to diversity and inclusion. They offer us all a moment to reflect on the road travelled by the LGBTI+ community and society at large since the decriminalisation of homosexuality in 1993. Our programme of activities in 2020 marks the role activism and campaigning have played in making Ireland a more open and accepting place – the first country in the world to have a landslide plebiscite in favour of marriage equality.”